Agonistic Memory: Introducing a Dialogic Way of Remembrance in a Museum Environment

International Graduate Centre for the Study of Culture (Giessen)

On one corner on the left, there is a stone sculpture featuring the head of a young soldier with a metallic helmet. This monument is called The Unknown Deserter. Just on its left, on the side wall, hanging a little higher than the soldier’s head, there is a black and white picture of a firing squad shooting a soldier, a deserter (see fig. 1). Seen together, these two objects represent one of the contrasting moments that can be seen at Krieg.Macht.Sinn. War and Violence in European Memory, the temporary exhibition at the Ruhr Museum in the city of Essen (Germany), open to the public from 12th November 2018 to 30th April 2019. The exhibition is mainly intended for a German public, only some longer texts are also available in English (this should be taken into account as a limiting factor of this review written by a non-German speaking author). 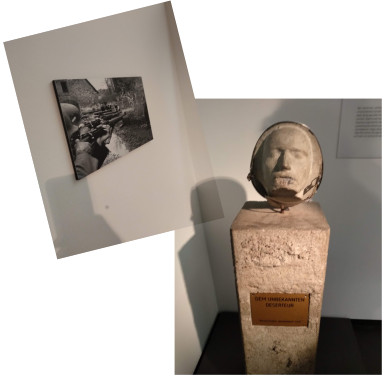 Fig. 1: On the right, The Unknown Deserter; on the left, a photo of a deserter being shot.

Krieg.Macht.Sinn. is part of the EU-funded project UNREST (http://www.unrest.eu/), collaboratively created by curators of the Ruhr museum in association with researchers from various universities involved in the project with the aim to apply an agonistic model of memory in a museum environment.

In their article “On Agonistic Memory” (Journal of Memory Studies 9.4 (2016): 390–404), Anna Cento Bull and Hans Hansen identify two main trends of memory: cosmopolitan and antagonistic. Cosmopolitan memory refers to a process of transformation of national memory practices by the influence of globalized moral standards. Mainly shaped by the memory of the Holocaust, this kind of memory strongly promotes compassion for victims of human suffering. However, it tends to depoliticize and moralize the historical context, preventing a critical evaluation of the complex conditions under which human beings become perpetrators of atrocities. On the other hand, antagonistic memory is closely related to group identity and based on a nostalgic and heroic narrative of the past, showing a clear-cut division between innocent victims and guilty perpetrators. In the current European context, both modes of remembrance have failed to prevent the rise of instrumentalized memory practices promoted by neo-nationalist movements. As an alternative, Cento Bull and Hansen propose an agonistic mode of remembering which is built upon Chantal Mouffe’s critique of political cosmopolitanism (On the Political. London 2005).

An agonistic approach to memory understands conflict and violence as depending on particular socio-political circumstances. It avoids moral categories and rejects hegemonic narratives of the past, which opens a space to understand the complexities of perpetratorship and, at the same time, allows all parties involved in a conflict, not just victims, to be heard. While this model recognizes the importance of passions within the political arena and memory discourses, it suggests that those could – and should – be oriented to collective solidarity rather than just compassion for victims. Furthermore, agonistic memory proposes a dialogic approach to memory relying on multiple perspectives; but, contrary to Habermas’ model of communication, an agonistic dialogue would not be consensus-oriented but open-ended. Precisely these concepts of agonistic memory are the theoretical basis of Krieg.Macht.Sinn., which attempts to reflect on the contradictory nature of the phenomenon of war and the changing culture of its remembrance.

The exhibition is divided, although not explicitly, into four sections: war, bombings, genocide and flight and expulsion. As a direct entry to the memory of the First World War, the poem In Flanders Fields marks the beginning of the exhibition tour. After that, one strategy used by creators of the exhibition to introduce what they consider “diametrically opposed opinions about the same events” (UNREST: War Exhibit at the Ruhr Museum in Essen. http://www.unrest.eu/work-packages/wp6/wp-6b/ 2018, accessed 11.01.2019) is to present objects grouped into contrasting clusters.

For instance, two different accounts of personal experiences during the First World War are displayed one next to the other (see fig. 2). One glass cabinet contains the book Storm of Steel by Ernst Jünger, his war diaries, the basis for his novel, and a war trophy he brought home from war: a helmet from a British officer killed by Jünger in battle. Jünger’s book gives a realistic account of his experience on the front line without questioning the meaning of the war. In the adjacent showcase, visitors can observe an early manuscript of the novel All Quiet on the Western Front. The book, written by Erich Maria Remarque, describes the extreme conditions and terrors of German soldiers on the battlefront.

Another well developed agonistic moment is the contrasting interpretations, in separated historical moments, of the day of surrender of the German army on 8 May 1945, also known as Stunde Null (zero hour). A screen shows a video of Richard von Weizsäcker’s speech in 1985; this speech marks the remembrance of Stunde Null as liberation day in Germany. Not far away, pictures of suicides of German citizens during the last days of the war portray the very same event as a national defeat.

Employing unusual proximity to evince opposing narratives and to generate a critical reflection is not always successful. Take the section on genocide, for instance (see fig. 3). Next to an introductory text about the changes in Holocaust remembrance culture in Germany, there is an image of an exhumation site in Srebrenica, where human bodies are openly exposed. Close to a recent picture of a military event with the Turkish President Recep Erdoğan hangs a poster of an aid campaign for Armenian refugees dating from 1917 in London. The poster shows a drawing of an Armenian couple; the woman looks sad, in despair. The shocking images in this section fail to trigger a response beyond compassion; the Erdoğan picture is not strong enough to activate a questioning about what is shown in this section. There is a link missing to connect the events, or the link is so subtle that the emotional response veils it. It that sense, the whole section presents features of a cosmopolitan use of memory. 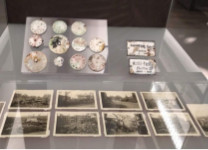 Fig. 3: From left to right: old poster of a campaign to help Armenian refugees, exhumation site in Srebrenica, and objects recovered after air raids with pictures of bombing destruction.

Similarly, as part of the bombing section one can see calcined objects recovered after air raids and old pictures of cities destroyed by bombs. Rather than engendering a contradiction or a questioning, the visual force of those objects tends to generate compassion for the victims portrayed in them (see fig. 3), giving some cosmopolitan taste to this part of the exhibition. Certainly, agonism does not intend to reject notions of cosmopolitan memory but rather to extend them in a more pluralistic and dialogic way. Thus, it is not surprising to find traces of a cosmopolitan approach in the part of the exhibition devoted to genocide.

Moving to the end of the exhibition, the section on flight and expulsion exposes movements of refugees across history and some objects on how the social mood has changed about it, like newspapers with the headlines Flüchtlingen helfen! (Help refugees!) and Angst! (Fear!). In the same place, visitors can find a singular arrangement: a life jacket from a refugee boat, a Syrian police cap, and an ISIS fighter‘s uniform (see fig. 4). Those objects appear quite intriguing; they could easily be interpreted as representing a dichotomy between those who flee and those who cause the fleeing, which is clearly antagonistic. Moreover, the life jacket, the police cap and the ISIS uniform are in the same glass box hanging at similar height but clearly separated from one another by glass walls; this again seems like an antagonistic positioning between victims and perpetrators, but the layout could also represent three distinct but equally relevant and legitimate narratives of the Syrian conflict. Such an apparently agonistic interpretation is problematic because 1) it brings to the table the ethical limits of the agonistic model; and 2) it clashes with the moral constraints of visitors tempted to distinguish between innocent and guilty sides and to reject the perpetrators’ account. This part of the exhibition shows how hard it is to move away from moral interpretations, more so in ongoing conflict settings where strong antagonistic passions are still in the air; it is even more difficult to articulate a memory discourse around events happening in the present time. 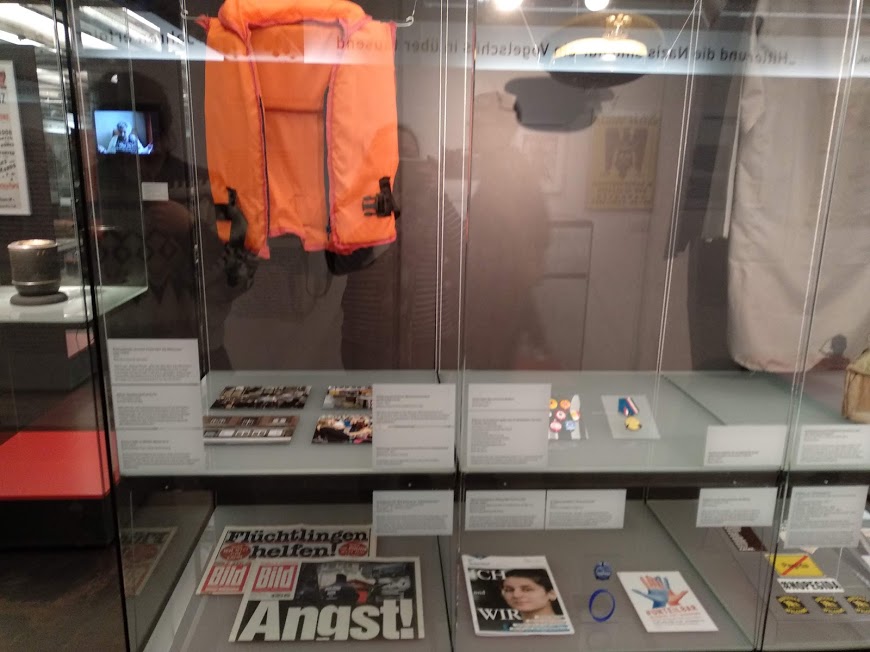 Fig. 4: Set of objects on the Syrian conflict.

Materializing agonistic ideas of memory within a museum context presents a great challenge, due not only to the inherent difficulties of translating concepts into real objects but, more importantly, because of the theoretical burden of such an enterprise. Cosmopolitan and antagonistic modes of remembering are descriptive models – they describe how memory is practiced. Contrarily, agonism is a prescriptive model suggesting how memory should be practiced. Surely, there is a difference between how events are actually remembered and how their memory should be approached; in the case at stake, such difference could affect how the exhibition is perceived and how far visitors’ reflexivity could be catalysed. Despite having many features of a cosmopolitan memory exhibit, Krieg.Macht.Sinn. has managed to present some interesting agonistic moments.

Notwithstanding, it is not always clear what new perspectives or voices are being added or what they think was missed before. For instance, the collection of objects on the Syrian conflict is quite intriguing in that respect – one could ask what are the multiple voices to be heard there? What does the ISIS paraphernalia stand for within this exhibition? The question here is not really about the absence or presence of certain voices in this particular exhibition, rather about the applicability of an agonistic mode of remembering. For Chantal Mouffe, agonism does not perceive the other as “an enemy to be destroyed, but [as] an “adversary”, i.e. “somebody whose ideas we combat but whose right to defend those ideas we do not put into question” ( “Deliberative Democracy or Agonistic Pluralism.” IHS Political Science Series 72 (2002), p. 15). Still, political agonism is not an anything-goes model of antagonism; it requires some grounding, “[a]n adversary is an enemy, but a legitimate enemy, one with whom we have some common ground because we have a shared adhesion to the ethico-political principles” (ibid.). Since one of the foundations of agonistic memory is to recover the ethico-political dimension of memory discourses, those shared principles mentioned by Chantal Mouffe are also relevant for memory practices, as they establish the limits of applicability of an agonistic approach to memory.

Precisely what this exhibition has accomplished is to expose their own theoretical limits in practical terms. Most visitors leave the museum struggling with the presence of certain objects, many questions are left unanswered, mirroring the open-ended dialogic approach inherent to the agonistic way of remembrance.